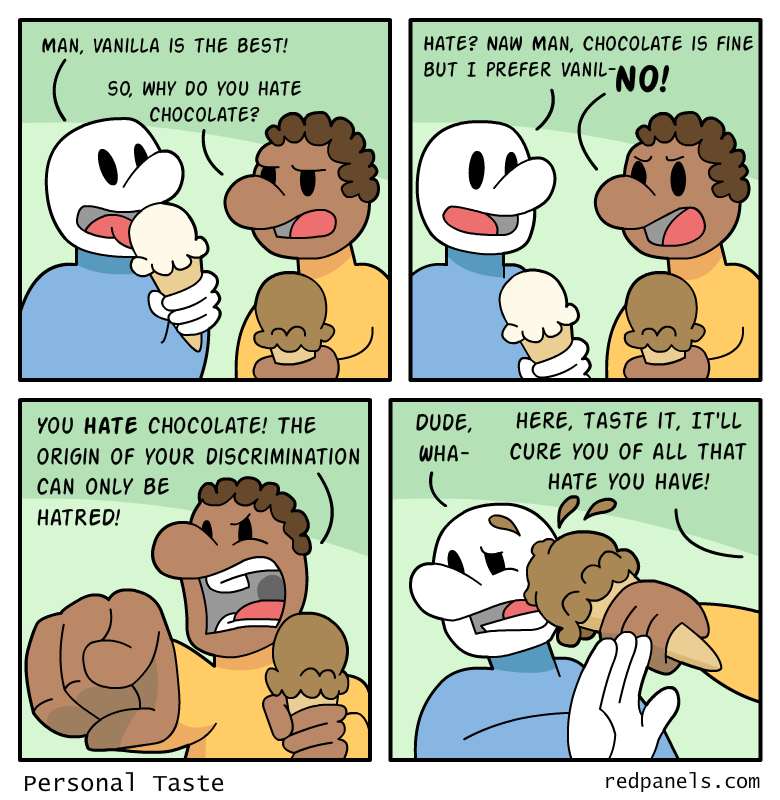 2016-04-14
As it stands, leftism has co-opted the use of language to it's own ends. In nearly every instance where a racial or cultural preference can exist, the accusation that it originates from hatred is accepted at face value

Most recently observed in the North Carolina and Georgia, where laws affirm business rights to single-sex bathrooms, the label of hate has been used to paraphrase the reasoning behind the legislation's supporters. It is as if there is no other conceivable reason why people would avoid mandating co-ed bathrooms except to project malice.

Immigration has likewise been a target for the label of hate. Ought not a native population care for the maintenance of it's laws, societal norms, welfare costs, and voting patterns by restricting newcomers? Is the only conceivable reason for borders being hatred? Clearly not.

"Newspeak", the fictional language in the book 1984 which presupposes the legitimacy of the authoritarian's arguments, is not entirely a fictional construction. To leftists, "discrimination" is interchangeable with "hatred"; and they have convinced the wider population of this as well. It is an advantaged they have gained (or rather, were given) through tireless, uncontested, repetition. Their ideological opponents ceded the use of language by not challenging the notion for fear of being called racist or other unsophisticated ad hominems. This rolling-over in the intellectual sphere has given great advantage to labelers of hatred.

While this advantage cannot be undone easily, it too had to first be willed into existence. It merely requires that the opposition not let these assumptions pass uncontested. Like a gardener pulling weeds, it merely requires a minimum of effort per occurrence to prevent a mass infestation; this comic is one such attempt.