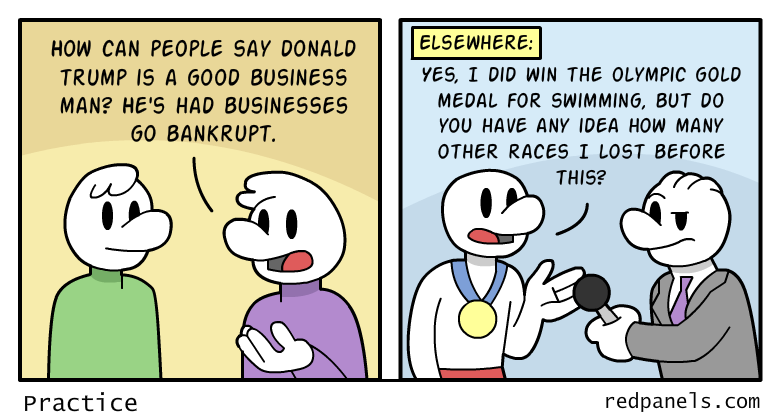 2016-05-30
Lacking more substantial criticism of Donald Trump, people have taken to disparaging him on his business record. Of course, when you put yourself out there as a prolific entrepreneur, failure is certain to arise after enough attempts. When it has occurred, no bankruptcy has managed to rob Donald Trump of his billionaire fortunes.

Again his often anti-capitalistic critics expose their ignorance to the realities of business and competition in a broader sense. Success is not merely an account of all wins and losses, but more often the capture of a large win following strings of losses. Frequently not being winners themselves, it is forgivable that his detractors not understand what winning actually looks like.