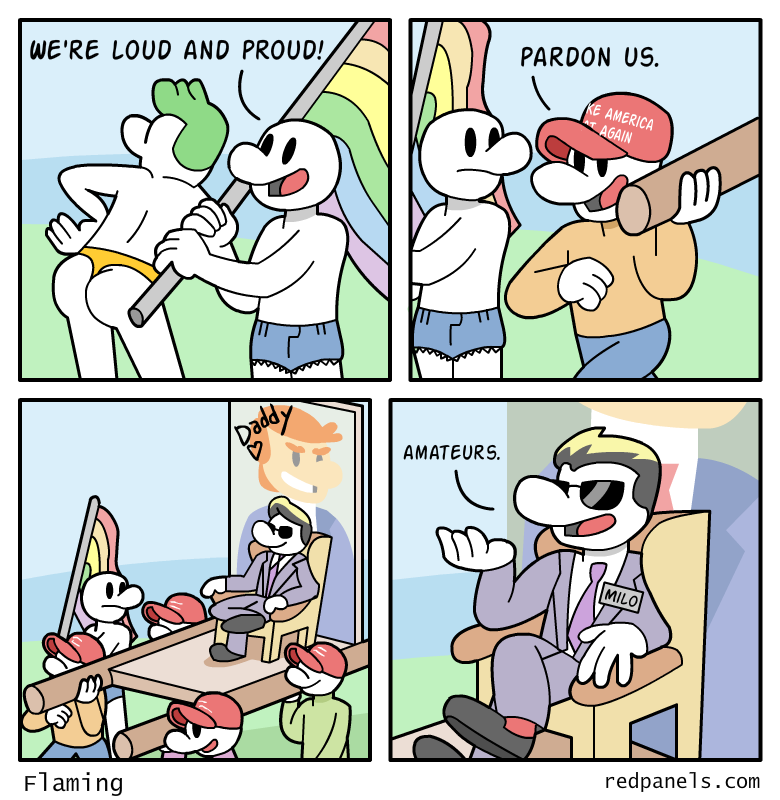 2016-05-28
Following the grand tradition of gay flamboyance, Milo Yiannopoulos (a gay, right-of-center journalist) was recently ,carried through a crowd at a university appearance by his pro-Trump entourage. Most amusing about this event is the co-option of typically leftist techniques of shock and grandiosity to now serve rightist aims.

His continued audacity, lack of self-censorship, and boldness in furthering conservative arguments has set the left on the defensive and exposed their desperation in avoiding critique. In a world that seeks to simply ignore the considerations of right leaning thought, Milo imposes it's existence upon it's detractors. As a cultural force, it is hard to understate Milo's importance in revitalizing the public's engagement with rightist ideas.