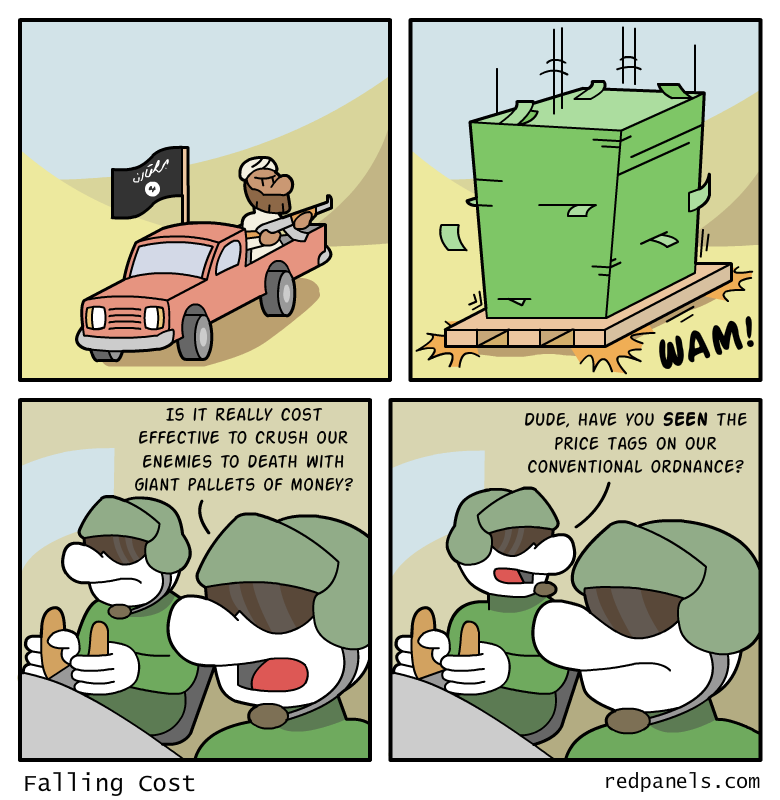 2016-05-19
As it stood, U.S. military spending accounted for roughly 54% of federal spending for 2015. At 600 billion dollars, the American war machine is the world largest welfare program. It is a direct subsidy to military contractors, who without the benefit of interventionist wars, wouldn't be able to match the earnings of the Tootsie Roll company.

The Social Security program contributed less than 3% of federal spending in comparison. The same Social Security that is widely condemned for it's insolvency. It is a grave mistake to overlook the egregious government waste in defense spending. Americans can make better use of that tax money than bases in Japan and Germany can. Those nations have already proven themselves more than capable during wartime.