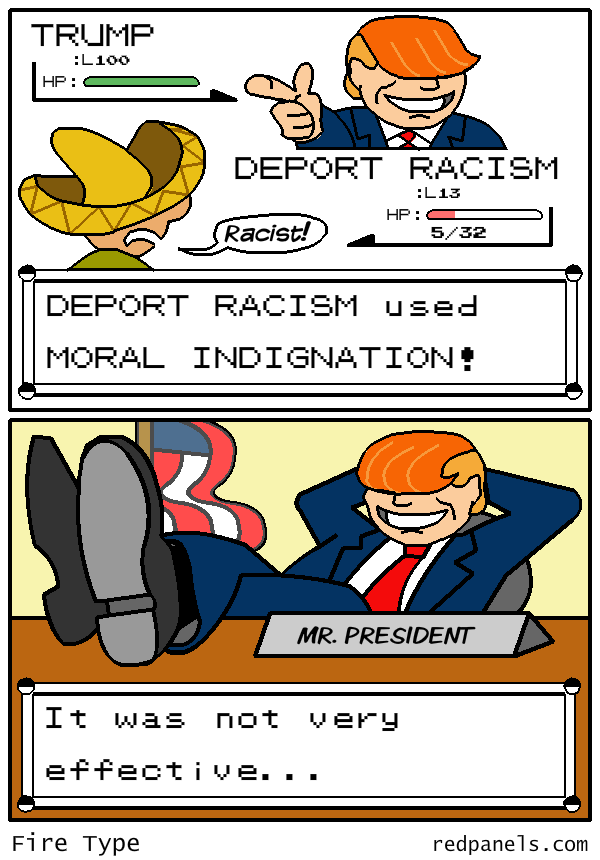 2015-11-09
This comic is in reference to Donald Trump's appearance on Saturday Night Live on 11/7/2015. A tacky political activism group, known as Deport Racism 2016 , had issued a statement that they would pay $5,000 to anybody who heckled Trump on the show by calling him a racist. Being more socially savvy than they, Trump built the insult directly into a skit and played it off like a champ. You can watch the full episode of the event here. It was a pleasant moment to watch as Trump succeeded in removing the potency of the overused accusation of racism.