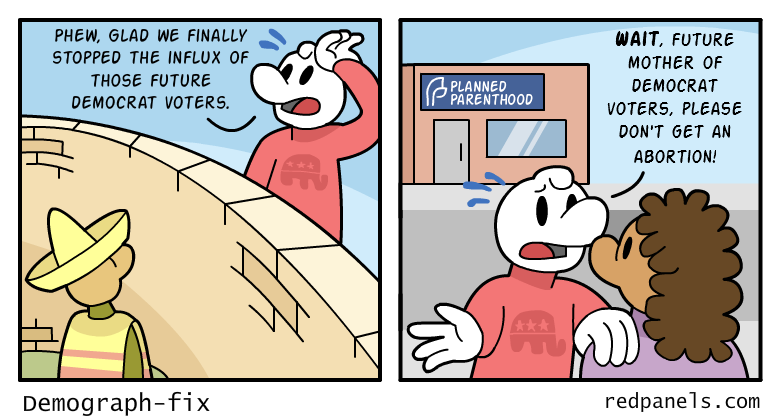 2016-05-05
Either by genius or by accident the arrangement of the two party system has placed the so- called "conservative" voter on the side of anti-abortion. While championing their religious virtues and family values they have ensured the continued reproduction of a demographic who frequently votes in opposition to them. The truth is most people who seek abortions are left- leaning and will likely raise children to think like them. They are frequently financially distressed or are otherwise challenged to care for children. Their necessary dependence on welfare and state services ensures that they and their offspring will be voting to redistribute the wealth of others for decades to come. Seekers of abortions are often also ethnic minorities. The recent growth of progressivism has illustrated that minorities as a group have little qualm against uniting against their white counterparts. They are fervently anti-family, pro-government, and see no greater enemy than white conservatism.

In the continuing culture war, if your enemy wishes to thin their own ranks, do not save them. Otherwise they will return in greater number and take from you much more than the legalization of abortion.