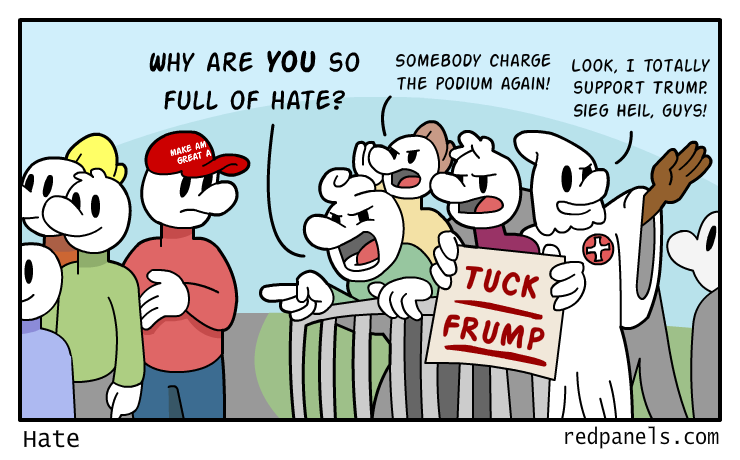 2016-04-29
It has been said by others that a habitual trait of leftists is projection upon their opponents, in the case of Donald Trump's campaign this continues to hold true. Previously, Anti-Trump protests have been staged where black men dressed as KKK members were feigning support for his campaign. Furthermore, Trump was previously the target of another protester who charged at him while speaking on his podium, but was thwarted by Trump's security detail.

There remain many claims of hatred on the part of Trump's supporters, however, they have yet to pull such dangerous and underhanded tactics against any Democrat candidate. This is yet another instance of leftist projection and more are sure to follow.