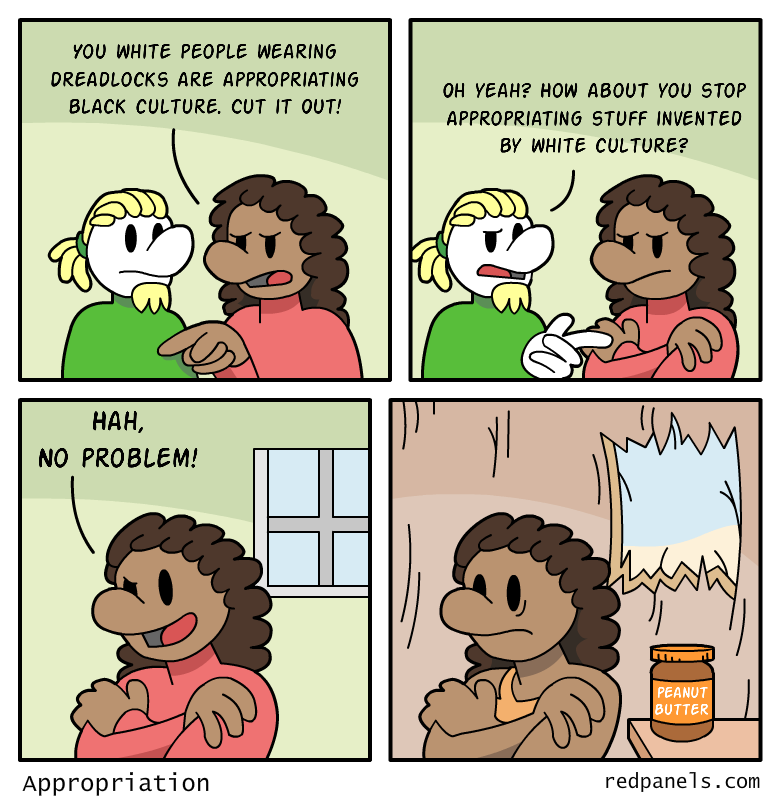 2016-04-27
Inspired by this video, where an actual white student was harassed for his own dreadlocks appropriating black culture.

In the paradoxical mind of a leftist, the notion of celebrating diversity can somehow coexist with the prohibition of cultural appropriation. Moreover, not a single one of their proponents would think of relinquishing the benefits of electrical appliances, most of which are innovations from white culture.

Beyond that, the prohibition of cultural appropriation would be devastating to the well-being of many minorities. Most customers who frequent ethnic restaurants, be it Mexican or Chinese, are neither Mexican nor Chinese. How many ethnic business owners would remain if they turned away the money of whites?