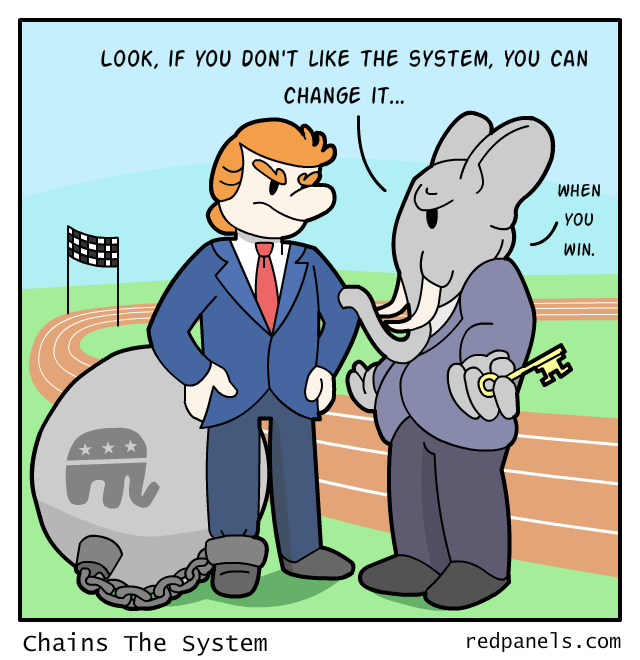 2016-04-25
One of the most fun aspects of the Donald Trump campaign is the exposing of dirty party politics in their scrambled attempt at suppressing their most popular candidate. Having already had the Colorado caucus stolen from him, Donald Trump is proving to be a more unacceptable alternative for the GOP than even a Democrat presidential victory. Even now, they collude to give Trump's already-won delegates to their less popular candidates.

Perhaps they ought to nominate a candidate who is actually interested in winning.