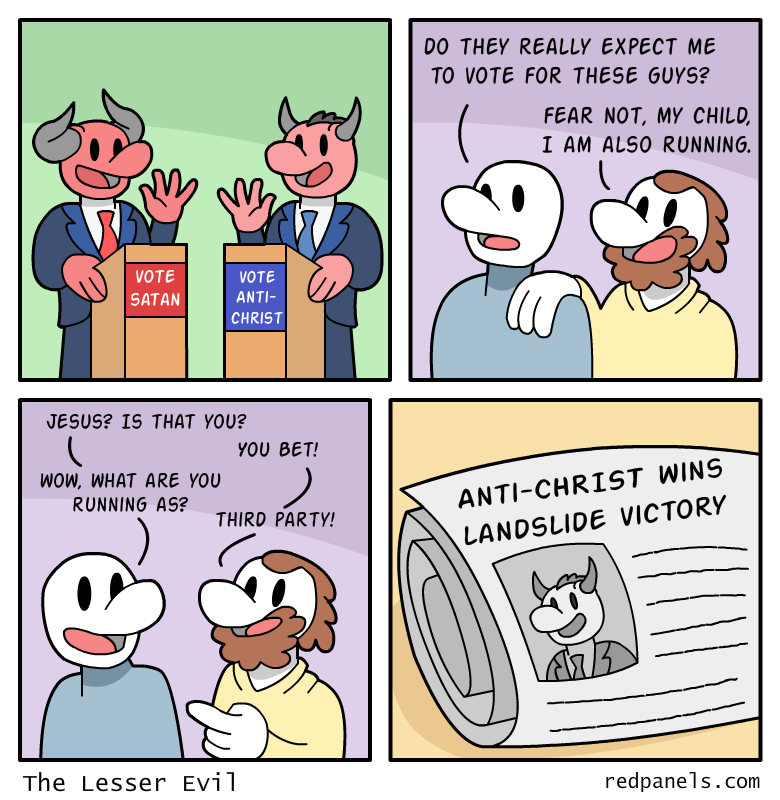 2016-04-19
"Insanity is doing the same thing over and over again and expecting different results." - Albert Einstein.

If the people who complained about the unchangeability of system would take it upon themselves to vote for a non-mainstream candidate, the speed of the system's collapse would shock and amaze. Change is not without pain or risk, yet those who feel they play it safe by voting for yet another establishment candidate suffer greatly and risk much. It is no surprise that where accountability is absent, integrity also departs.

My challenge to you, fellow Americans, is to sow a seed of a plant who's fruit you'd like to eat. When the time comes, vote, and vote for a third party candidate who is not indebted to the Mainstream political machinery. You may believe your resistance is fruitless, but no great oak has ever avoided first being a seed itself. Even a single-digit percentage of disgruntled voters represents an election-swinging decider. Be the slingshot that is dreaded by Goliath.