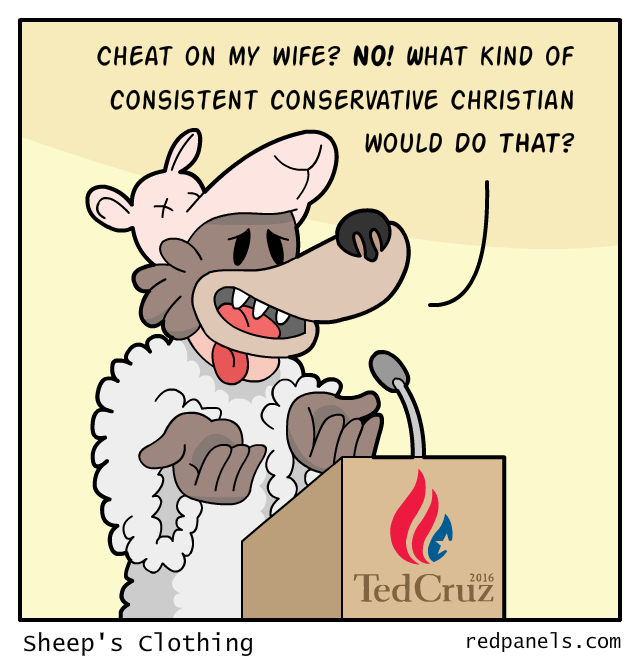 2016-04-06
Is there any voting block more gullible than the evangelicals? Is there a more masochistic demographic than Christian Republicans? Can anyone else find joy in being the victim of a backstabbing more than the religious right?

Ted Cruz, despite flip flopping on the immigration issue and failing to project any kind of emotional sincerity remains a favorite of the religious vote. Perhaps it is not too surprising that they consider proclamations above actions - Jesus forgives. Despite driving up the debt, expanding government in the economic and personal sphere (though I repeat myself), and pushing the edifice of American politics ever farther to the left of themselves, Jesus forgives them.

However, those of us interested in action and self-preservation shall not be taken with the weakness of character that the religious right possesses. To them it is preferable to pray in their dwindling church congregations, virtue signaling much like their leftist brothers, than it is to perform the good deeds they exalt or abstain from the bad deeds they "abhor". In dreadful comparison, Islam has clearly shown it's superiority as a religion that sticks AND spreads, both in action and words. The time has come not to turn the other cheek, much less spread them apart for our enemies; it is time to dump the impotent religious right. For men of consequence it is not satisfactory to speak a big game, but also to play it. Let us finally ACT on the principles of liberty we profess.